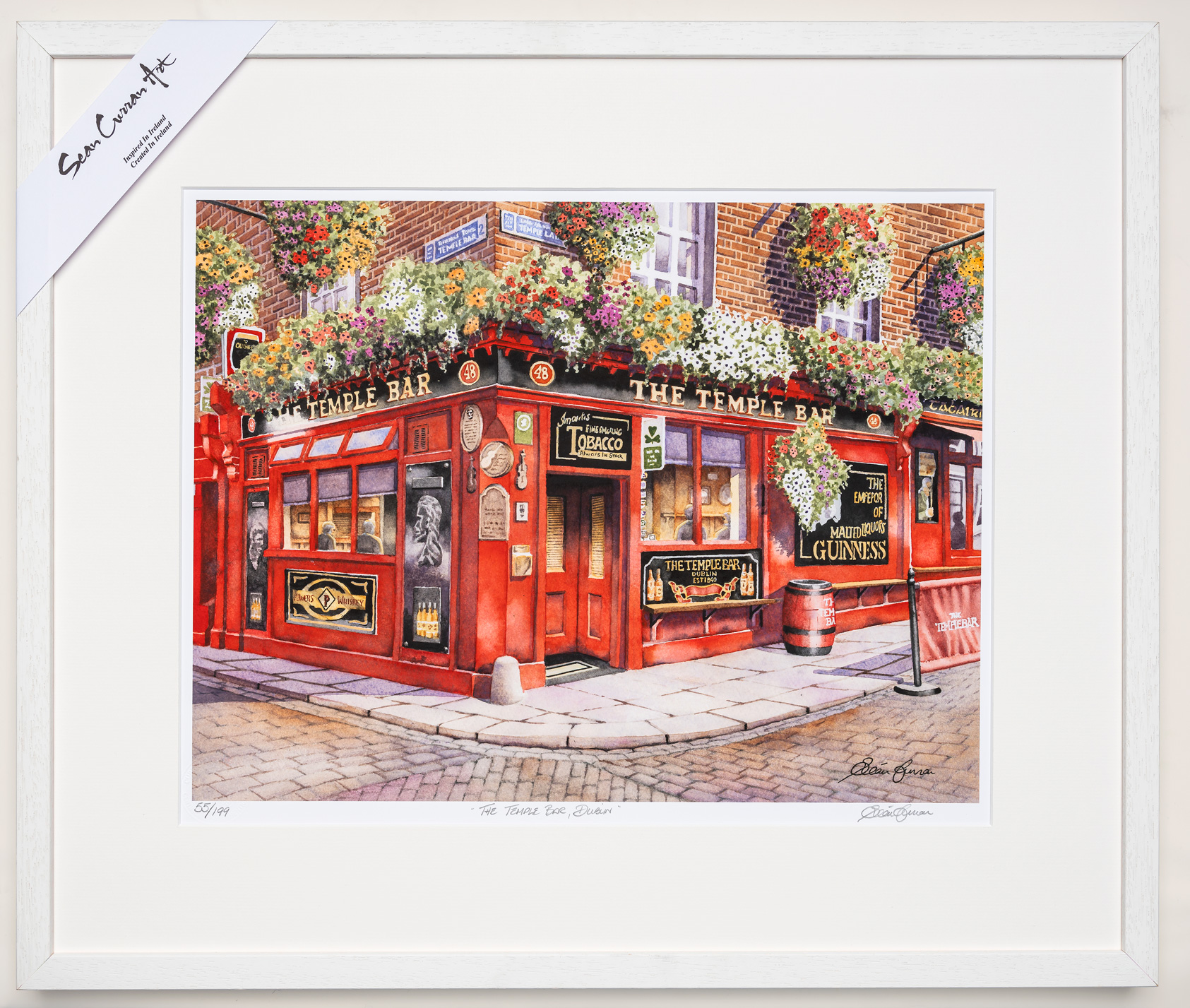 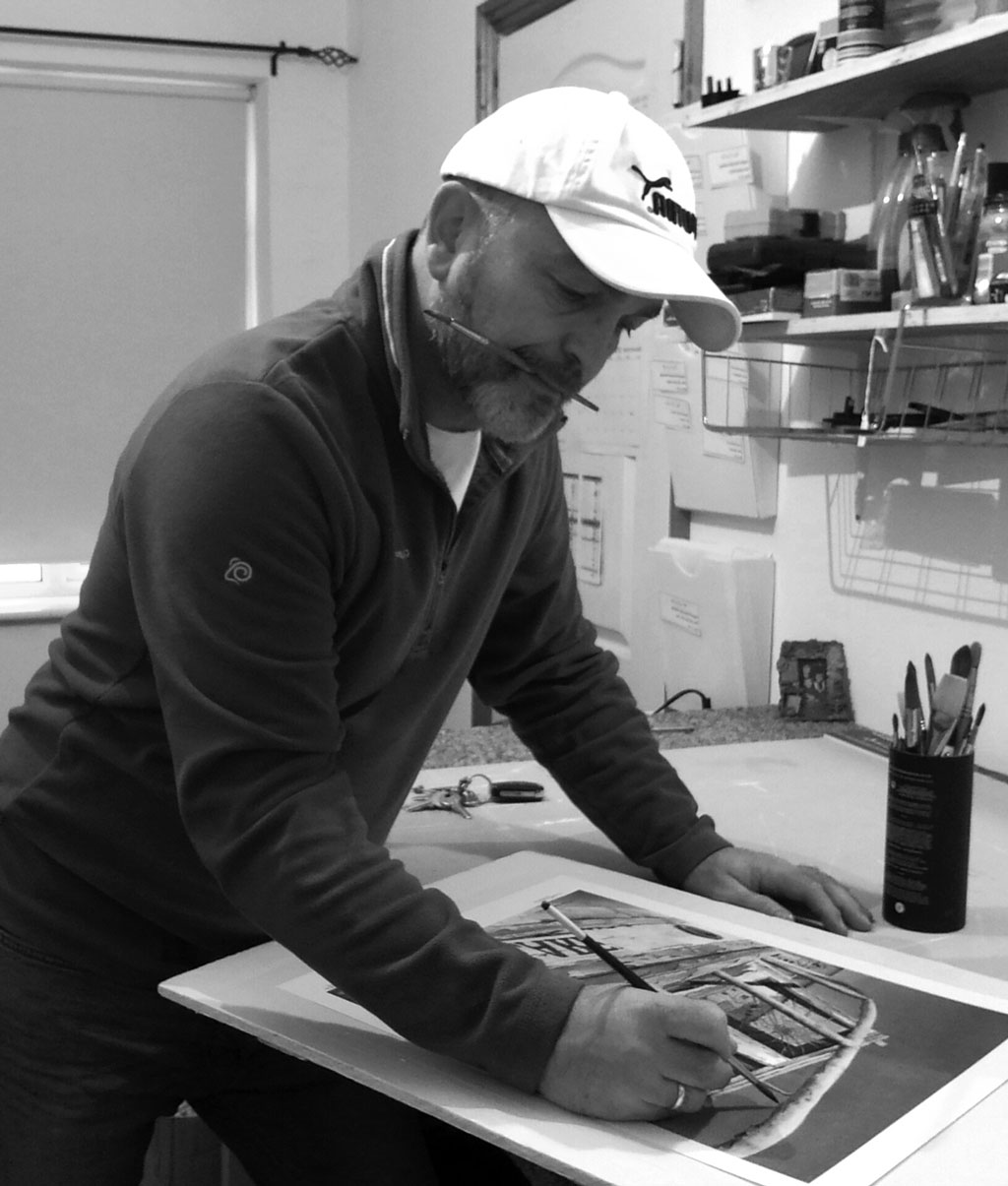 Seán Curran is an Irish artist hailing from Naas, Co. Kildare who finds inspiration through Irish architecture and landscape.

Sean developed a love for watercolour while living in Canada in the 1990’s. There, he attended art college and also educated himself on the process of creating long-lasting, fine art prints that replicate all the qualities of his own original painting.

Sean discovered very quickly that the audience for original artwork is small and he wanted to reach all parts of the community with varying budgets. Producing high quality fine art limited edition prints was the way to reach everyone who had a love for his art.

When he returned to Ireland in 1997, he set to work recreating his own portfolio of Irish scenes in the style of the North American Watercolour artists. His work is carefully detailed and nostalgic for an Ireland that is disappearing in the country’s new wealth and prosperity.

Sean is a member of the Ulster Watercolour Society, from which he was awarded the Dunmurray award at the 2016 exhibition in Belfast.

He has exhibited in many exhibition spaces such as The Green Gallery (Dublin), Purcell Gallery (Kenmare), NCAD annual Exhibition, The Tuckmill Gallery (Naas).

In 2018 Sean was invited to stage a solo exhibition at Cork University Hospital where he presented the well-known actor and hospital patron, Jeremy Irons, with a portrait of himself at the opening ceremony. More recently Sean was awarded a commission by Wexford County Council to paint a picture of the newly constructed €260 million, Rose Fitzgerald Kennedy Bridge in New Ross. This painting was presented to the granddaughter of the late Bobby Kennedy at the opening ceremony. Kildare County Council has also awarded Sean two other commissions for the German Ambassador to Ireland.

View Sean’s work online at www.seancurranart.com or on Facebook.